As experts in international travel security, we often look to the future to predict risks, including risks from terrorism. However, sometimes it’s useful to look backwards to the past for clues about the possible future. For example, on April 7, 2017, the Swedish capital of Stockholm was rocked by a terrorist attack when a man stole a beer truck and crashed into a crowd of people near a bustling department store above ground from Stockholm’s central subway station. The attack initially claimed the lives of four victims, including two Swedes, a British man, and a Belgian woman. Immediately after the attack, the suspected perpetrator was detained in Marsata, a suburb north of Stockholm. Police and law enforcement agencies have identified the man as a 39-year ISIS supporter.

The suspect, Rakhmat Akilov, was an Uzbek national who was already wanted by police for failing to comply with a deportation order. Security services said Akilov had expressed sympathies with extremist organizations, including ISIS, but was not viewed as a terrorist threat. The suspect was a construction worker who had been refused permanent residency in Sweden. According to Jonas Hysing, Sweden’s National Police Commander, Akilov’s application for residency was rejected last year. Upon learning that his application for residency was denied, the suspect had gone underground. Sources have said that in February Uzbek authorities had put Akilov on a wanted list for people suspected of religious extremism. So far, no group has claimed responsibility, but given the latest history of attacks in Europe, this attack appears to be another ISIS inspired “lone wolf” attack. 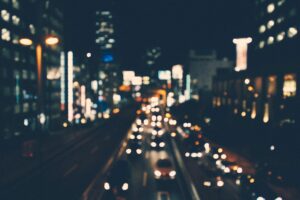 Europe has been hit hard with a string of terror attacks in the years that followed. London, St. Petersburg, Stockholm, and Paris have all been struck. All of these attacks were either claimed by ISIS directly or believed to be inspired by its Islamist ideology. In London, for example, a terrorist attack took place in the vicinity of the Palace of Westminster, the seat of the British Parliament. Khalid Masood, a 52-year old convert to Islam, drove a car into pedestrians, killing six people and injuring 50 others.

On April 20, 2017, a shooting on Paris’s Champs Elysees took place after an attacker came out of a car and began shooting police officers with an automatic weapon. The attack left one police officer dead, along with the suspected shooter. Two other officers were injured, as was a female tourist. The violence occurred just three days before France’s presidential election. ISIS claimed responsibility for the attack and the assailant is thought to be Kerim Cheurfi, a 39-year old convicted criminal from a Paris suburb. The suspect was previously in prison for fifteen years for criminal offenses.

Additionally, as covered in a previous post by IMG’s travel security consultants, a terror attack against the metro in St. Petersburg took the lives of fourteen people. Akbarjon Djalilov, 22, a Russian national born in Kyrgyzstan, is believed to have been responsible for the attack. Although the investigation into this attack is still ongoing, ISIS had been encouraging its supporters to hit soft targets in Russia.