It is a platitude to speak about an arms race between governments and terrorist organizations. With all of the recent news and controversies surrounding the dispute between the United States government, particularly the federal Bureau of investigation, and Apple Corporation, the issues with respect to technology and its openness to being hacked are very much in the news. Whatever your perspective on this dispute, and to be sure there are very valid arguments to be made on both sides here, for most corporations the issue has to do more with the problems of surveillance that may be occurring against your organization. In many cases this may be more corporate espionage, in which case the attackers may be only interested in trade secrets and monetary rewards. In other cases, unfortunately, surveillance may be the first steps towards a more significant assault against corporate security such as the kidnapping of a senior executive.

The arms race, as it were, is between you and competitors, or you and outside criminals. It is less dramatic than that facing the US government and American society, but to you it is incredibly important to “stay ahead,” as it were in this arms race. 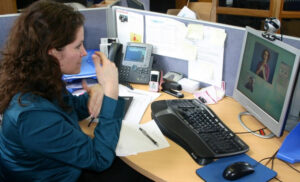 Much of what we do as international security consultants has to do with the so-called real world. We work with organizations to conduct security assessments, both threats and capabilities, so that organizations are as prepared as is humanly possible to respond to an event. These events come in many shapes and sizes, with some as mundane as a major flu epidemic and some as dramatic as a Tsunami impacting Japan unexpectedly.

With respect to cyber terrorism and technical surveillance, however, we are working in the digital world. Let’s face it: today’s corporations depend on digital technology for nearly every facet of their operation. Employees have cell phones, and employees use email extensively, and in most situations employees access valuable corporate assets through the Internet. There is no perfect solution in the trade-off between ease-of-use and security. Your organization needs to be digital, and probably needs to be connected to the Internet in some way, shape, or form. Your employees need to move around the world, and access their digital assets on their computers, tablets, and cell phones. As is the case with all security, cyber terrorism and technical surveillance problems do not lend themselves towards easy, or one size fits all solutions.

However, similarly to situations with respect to other types of corporate security, our job is to first assess the potential threats from cyber terrorism or technological surveillance problems. Secondly, we look for your organizational capabilities, and we start to work to close vulnerabilities. Thirdly, by working together with you and your IT staff we are able to create a plan of action in order to bring your organization up to best practices, and plan for the events of a cyber terrorist and or surveillance attack.

Conceptually, cyber terrorism and technical surveillance countermeasures are not dissimilar to those measures in the real world. The difference is that one is taking place in the analog world, and one is taking place in the digital world. It is the job of international security experts and experts at all things with respect to corporate security to realize that the difference between the analog and digital world when it comes to security is a trivial one, except when it’s not.