Terrorist attacks, high profile kidnappings, extortion, political insurgency are some of the growing risks that companies face in overseas operations all under the rubric of ‘crisis management.’ They could affect your organisation’s workforce, property and contracts and have a significant impact on business operations and shareholder value. In this article we consider the proper response for the last of these issues, a political crisis and how experienced consulting services can help. How rapidly and effectively you react in a crisis is critical. Some security risks, for example global warming, move at a pace that allows a wait-and-see attitude. But for many political crises, time is of the essence. Events can transpire rapidly, and trouble cascade unpredictably. Unless you have partnered with someone who has already made a study of the situation, you won’t necessarily take the optimal steps in response. It can make the difference between recovering well, or even not recovering at all. This is where crisis management consulting provides invaluable aid.

A case study of a situation where crisis management consulting can operate in your organization’s favor. Say that your company has business in a certain unnamed country in Africa and you hear that a political crisis is growing over the possibility that its President might seek a third term in office, according to senior U.S. officials. (This is all hypothetical, of course). If this person seeks a third term in November elections, even though the constitution bars such a move, it could undermine political and economic gains that this African country has seen in the past decade.

The obvious questions to ask: What’s the chance that this may happen? What are the consequences if it does? Crisis management consultants familiar with central African politics can help here as their knowledge of the region informs their analysis: The neighboring country of Burundi has been going through almost the exact same scenario recently. This can help you react, without over-reacting.

Another example of where different types of crises can interact is the current collapse in oil prices. What can be beneficial to the United States as a whole, is putting severe stresses on countries as diverse as Saudi Arabia, Canada, and Venezuela. Nigeria, for example, which is Africa’s largest country, also is a major exporter.

Few people foresaw the rapidity and the scale of the collapse in oil prices across the globe. What in South Dakota is an unfortunate political stress point, can or might become a catastrophe in a country that does not have the political institutions or stability of the United States.

How does this impact you? Well, if you are a corporation that sends employees overseas, you may find your employees in a country that suddenly goes from peaceful to violent, overnight. They may find themselves in a country, in which the collapse of oil prices, for example, means immediate shortages of medical care, just at that point in time in which your employee or senior executive might need to check into a hospital. 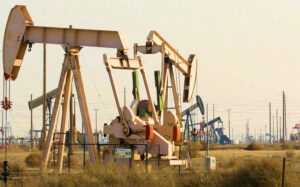 In countries as secretive as North Korea, for example, recent issues between North Korea and that the United States and China, may have the implication that the national airline becomes unable to function.

As they say nothing is eternal but change, and the reality is that no political system, no matter how seemingly stable is as stable as it seems. Is that a paradox? Yes it is, but no one will care if your employees are overseas, and you do not have the consulting or technical expertise to help those people.

What is to be done? Well, to use another common expression, failing to plan is planning to fail. By reaching out to political crisis management consultants, your organization can draw on our expertise, and we can work together to outline potential problems that your employees may or may not encounter. An ounce of prevention is worth a pound of cure.

Whatever happens you can count in IMG to be up-to-date on the situation, and users of its FoneTrac smartphone application would always be alerted to fast-moving developments. The world never stops changing, so the smart thing is to stay informed. Interested? Reach out to us by email or call us for a consulting discussion at (352) 409-7073.