The Russian provocations against Ukraine have alarmed many former Warsaw Pact countries.

The recent Russian provocations in the Ukraine have alarmed many executive protection and international security professionals. In response, IMG has released an article on employee travel security in Eastern Europe. 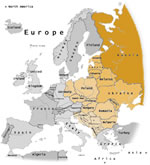 The Incident Management Group, Inc. (IMG) (https://www.theimg.com), a top executive protection and security consulting firm, has released an article on travel security in Eastern Europe. The security environment in Ukraine has deteriorated over the past several months with increasing instability. The ousting of Ukraine’s pro-Russian Prime Minister in February has resulted in the annexation of the Crimea and continued Russian provocations. These actions have caused alarm and unease in many countries in the region. For a full listing of these events, see USA Today’s excellent article entitled “Timeline: Key events in Ukraine”. [Source: USA Today, March 6, 2014, link: http://www.usatoday.com/story/news/nation-now/2014/03/06/ukraine-russia-timeline-obama/6127545/

“The Russian provocations against Ukraine have alarmed many former Warsaw Pact countries,” said Christopher Hagon, a Managing Partner of IMG. “Nations like Poland, Romania, and the Baltic states have enjoyed security and prosperity for many years. However, the recent moves by Moscow have caused considerable alarm in the region. It is important to note that these nations are now fully integrated into the international economy. As such, many corporate travel managers are concerned that the security situation could deteriorate and possibly affect their firm’s operations. In response, I asked our security and executive protection professionals here at IMG to produce an article on travel security in Eastern Europe. I believe it will help fellow security professionals think through issues as events in Eastern Europe continue to unfold.”

When it comes to travel security in Eastern Europe, Ukraine and Moldova are generally considered more risky. Both countries are poorer than other nations in the region, and both nations have pro-Russian elements that have led to instability. Due to current Russian provocations and the very real threat of war, Ukraine remains a risky place to travel, especially in the country’s eastern regions.

In contrast, most of the other nations of Eastern Europe are relatively safe. Poland, the Czech Republic, Slovakia, Romania, Bulgaria, and the Baltic States are members of both the EU and NATO. While crime is an issue in all of these nations, its level is generally within reasonable parameters. However, if Russian provocations persist the security environment in the region could deteriorate. Specifically, these nations are vulnerable to military and economic intimidation from Moscow, which could have adverse consequences for travel security in Eastern Europe.

Those wishing to learn more should read IMG’s full article on travel security in Eastern Europe. This can be found at: http://www.imgsecurity.net/russian-aggression-ukraine-effect-employee-travel-security-eastern-europe/

About the IMG Group

The IMG Group is a leading International Travel Security Consulting firm. Corporate or business organizations concerned about their need for detailed and robust travel security planning can reach out to the IMG Group for assistance. The company’s expert security consultants provide services such as executive, employee, VIP, and expatriate travel security, risk and threat assessments, workplace violence prevention, crisis management planning, and more.